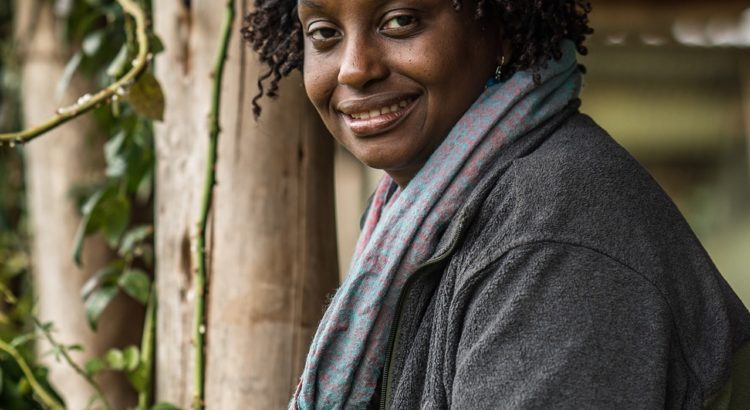 Recently, a Thursday midmorning found me at the office premises of the Gorilla Conservation Coffee (GCC) at Kiwafu, Entebbe. Curiosity had pushed me to have a conversation with Dr. Gladys Kalema- Zikusoka, the CEO and Co-founder of GCC to learn about their work as a social enterprise in the coffee business.

Upon getting there, one thing struck me; the writing on the wall. If the literal meaning is to go by. The walls have been plastered with different media stories telling the story of Dr. Kalema- Zikusoka. Her role as the pioneering gorilla veterinarian in the country is the common denominator of all the stories written. Twenty three years ago, her journey as a vet began. It still goes on to date. However, she has broadened her wings to fly higher together with her dear husband Lawrence Zikusoka with whom they are co-founders at Conservation Through Public Health (CTPH) and GCC. In all the life of CTPH, the organisation has worked with the communities around Bwindi to improve the health of both the gorillas and the communities as a means of combating diseases that could easily wipe them away.

With the passing of time, there was a problem. Human population was growing and the land was not expanding. The communities around Bwindi were invading the forest and in turn causing a health hazard to the gorillas. With this came the exposure of the human contact with the gorillas. The gorillas would easily pick up everything the human beings left behind and that meant transfer of diseases and all. One such a case was a scabies outbreak in 1996 which was Dr. Kalema’s first assignment at Bwindi.

The scabies outbreak was found to be caused by gorilla interaction with the poor hygiene among the communities. “Gorillas are curious animals that they touch everything they come across. They can easily catch diseases once they have human interaction,” tells Dr. Kalema.  “In the case of Bwindi, the gorillas are found to be in the proximity with human settlement unlike other places like the Virungas where they’re up in the forests and people in the valleys. The hygiene among the communities was wanting.”

With a growing human population that looks at the forest for survival, there was need to come up with a solution to avert this interaction. There was a high birth rate with a minimum of 10 children in each household. Children were looked at as service providers to the work being done at home.

Mothers staying up in the hills lacked access to maternal health care and were consequently faced with health challenges. Worse of it, they lacked money to go to health centres. For the conservation of gorillas to be realised, there was need to distract the human population from invading the gorilla space. There was also need to put money in the pockets of the locals to which they had to have a direct contribution. This meant involving them in income generating activities

That is how Gorilla Conservation Coffee was born three years ago. Coffee came out as an idea that was worth exploiting. The routes to gorilla tracking passed through scanty coffee trees. With GCC, the coffee was prioritised. The communities were taught about sustainable agriculture. They were introduced to intentional farming techniques to provide them food and also earn them an income.

The idea was simple yet it had a very big impact. The story is changing lives. “It is such a beautiful thing when you get everyone involved. In situation where you had children waking up to go to the garden to act as scarecrows, they now wake up going to school.”

Men are working with their wives tending their coffee gardens. The most interesting bit is that human interference with gorillas has greatly gone down. Since gorillas do not eat coffee berries, this harmonised the co-existence of the two.

Most importantly though is that there is money trickling down in the pockets of these farmers. They are earning from their coffee. They are minding their business just as the gorillas. It is what you could say to each their own.

The coffee grown by these communities is processed, packaged and sold under the Gorilla Conservation Coffee brand. The sales from the coffee go directly to the pockets of these farmers.

“The idea of conservation has to include the interests of everyone involved. As you conserve the gorillas, you should be able to conserve the people in communities. It is important the co-existence is conserved as well.”

From every pack of coffee, a percentage goes to CTPH which helps with facilitating community and gorilla health. They are currently working with 500 farmers around Bwindi. Coffee reminds the farmers to be self-sustaining other than expect to survive on hand-outs.

“To drink coffee is to be a responsible consumer. The benefits trickle down directly to the household farmers.”

It is through that one pack, one cup and one sip that a new story is being told in the effort to conserve gorillas at Bwindi.